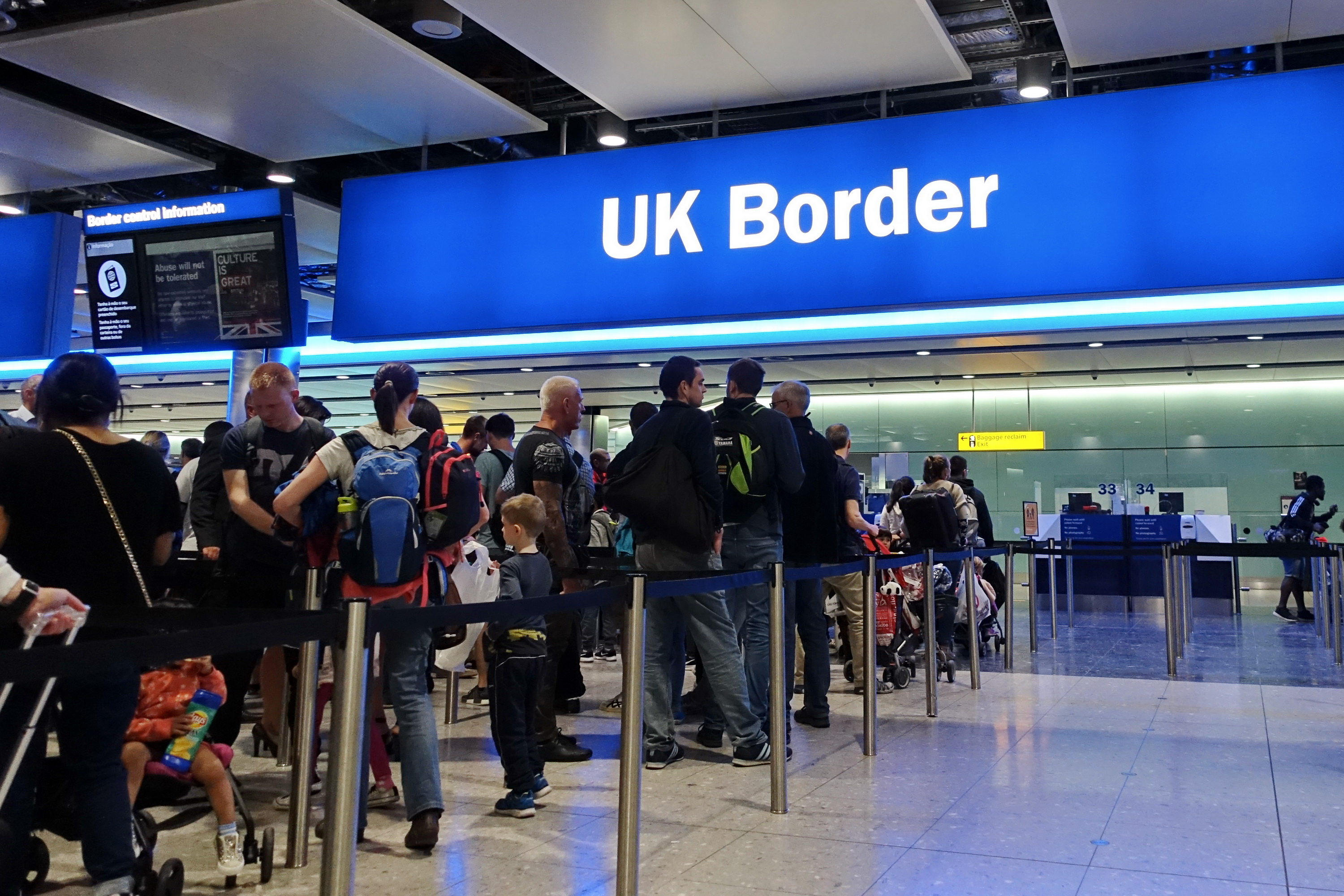 Heading off on holiday this summer? You may want to check your face before you pack. New research has revealed some of the common reasons why passengers are failing checks at the UK border when using ePassport gates at British airports, causing delays that amount to almost 380 days over the course of a year.

While passengers are reminded to remove any hats, glasses or scarves before entering the gate, the research, compiled by contact lens retailer Feel Good Contacts, explains that physical factors such as beards, facial piercings, weight loss or weight gain could be enough to fail this test, causing delays and a potentially embarrassing walk back to visit a Border Force officer.

More than half a million passengers arriving in the UK are predicted to have failed these checks over the past 12 months*, which looks set to rise as seven more countries including the USA and Australia have now been able to use these gates since early June.

Other factors such as mood, alertness and ‘physical condition’ can even play a factor in the success or failure of making it through the gate according to findings by Matt Lewis, research director at cyber security and risk mitigation expert, NCC Group. Some passengers have even reported failing these checks after a few too many beers the night before a flight.

“With the announcement that additional passengers from Australia, Canada, Japan, New Zealand, Singapore, South Korea and the USA are now able to use the ePassport gates at UK airports, the waiting times for ePassport gates looks only set to rise in the coming months. It’s therefore crucial that passengers are as prepared as possible to avoid creating delays for their fellow fliers.

“Based on the figures from this research* and the assumption that a failed check could cause up to a minute delay - thought it could be more - this equates to an overall delay of 546,800 minutes. This equates to 9,113 hours or just under 380 days per year. Who knew hipster beards would cause so much damage to our holidays?!

“Facial recognition is no doubt one of the most important developments in airport security in recent years, but it’s important to remember that errors can still be made, particularly if a passenger’s passport photo is particularly old!”

“Improvements in technology now mean that around just 1% of passengers fail these tests, however, this does mount up when you consider the sheer amount of passengers passing through the terminals of the UK’s airports on a daily basis.

“While beards and facial hair in general are typically the most common causes of failure, other factors such as significant weight loss or gain can also have an impact on the technology’s ability to find a match between a passenger’s passport photo and face.”

“If you’re stuck in a long queue after a long flight at the ePassport gate check, be mindful about your strategy when it comes to choosing a line - you may want to avoid the hipster beard if you want a swift passage through after a long flight,” adds Nimesh.

*Based on figures obtained from UK Border Force as part of a Freedom of Information (FOI) request which confirmed the total number of passengers using ePassport gates at UK airports from April 2018/2019 as 54,800,000.

Established in 2008 by qualified optometrists, UK based, Feel Good Contacts (‪feelgoodcontacts.com) is one of the UK’s leading online suppliers of discounted contact lenses and eye care products. It is also the only UK company to offer this discounted service via a mobile app. The matrix below shows the price per contact lens box charged by Feel Good Contacts compared to high street opticians.