Home
Blog
what colour eyes are most attractive

They say the eyes are the windows into the soul. They are also one of the first things we notice about a person and what can draw us to them.

The eyes are considered to be the most attractive facial feature. Each person's eyes are incredibly unique, including their eye colour.

The coloured part of the eye is called the iris and controls pupil size. No two people will share the same eye colour, shape or appearance.

With that in mind, it can be challenging to choose a favourite eye colour. One particular survey conducted by researchers concluded that most people are drawn to blue eyes.

Celebrities such as Margot Robbie, Marilyn Monroe and Zac Efron are adored by fans for their piercing blue eyes. Perhaps the numerous media productions featuring blue-eyed actors and actresses has influenced this preference.

What is the most common eye colour in the UK?

Coloured lenses for the most attractive eye colours

If you want more desirable eyes, you can change your eye colour easily with coloured lenses. Some of our most popular coloured contact lenses include:

FreshLook Colorblends are incredibly hydrating lenses that come in a range of 12 stunning colours. Their 3-in-1 colour blend technology creates a natural and seamless colour change.

While blue eyes tend to have a natural sparkle to them, brown eyes certainly have their advantages too. People with brown eyes have a pigment called melanin in their irises, they also have the highest amount of melanin, meaning that they are better protected from the sun and less vulnerable to eye diseases than people with lighter eyes. Compared to individuals with light blue eyes, they also have a lower risk of type 1 diabetes.

Hazel eyes are second in terms of having the most melanin, however, their eye is most pigmented around the edge of the iris with a combination of gold, brown and green filling the centre. Hazel eyes have also been voted as one of the most attractive eye colours and can, therefore, be argued to have the best of both worlds, health and beauty.

Green eyes are incredibly rare, which may be the reason as to why some believe this to be the most attractive eye colour.

Grey eyes are also a rare eye color. There are different variations of grey eyes such as blue-grey or silver-grey. Both of which are considered to be rather alluring due to the mysterious effect caused by the composition of the stroma. This causes light to disperse differently, creating a silvery hue.

Amber eyes rarely come into discussion as they are also less common, along with blue or green eyes. Amber eyes are also described as golden and can come in light or dark shades, featuring a yellow copper tint with green-hazel and brown tints. They are often compared to cat eyes or associated with reptilians.

Those of Spanish, Asian, South American or South African decent are more likely to have amber eyes. While amber eyes are beautiful to look at, those with amber eyes are at a higher risk of ocular cancers.

No matter what coloured eyes you have, you should wear UV protective sunglasses outside in order to prevent cancers such as intraocular melanoma.

Are my eyes green or hazel?

Green and hazel eyes have many differences; however, they can often be mistaken. A green eye usually has one solid hue, while a hazel eye features a mixture of colours including a green pigment combined with light brown or gold. They also tend to have more melanin than green eyes.

How many people have blue eyes?

According to research, 17% off the global population have blue eyes. Scientists found a genetic mutation which happened thousands of years ago, which caused the development of blue eyes.

Most beautiful eyes in the world

Eyes can tell a lot about a persons emotions and are the most expressive facial feature. When it comes to discussing the most beautiful eyes in the world, it's important to consider that people find a range of different qualities attractive and what one may consider the most beautiful eyes in the world, another may not. Eyes come in different colours, shapes and contrasts making them incredibly unique to the individual.

At Feel Good Contacts, we believe that all different coloured eyes are beautiful and celebrate this with our coloured contact lenses which come in a range of different colours. You can choose from coloured prescription contact lenses or planos. If you want to experiment with your eye colour, we recommend trying our comfi Colors 1 Day Rainbow Pack. This pack of dailies contains the colours True Blue, Timeless Grey, Divine Green, Sweet Hazel or Gorgeous Brown. 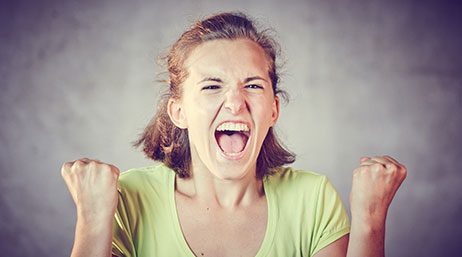