To celebrate 'National Different Colored Eyes Day', here's our top picks of our fave celebs who have different coloured eyes

You may or may not have heard of ‘heterochromia iridium’, the rare condition of having two eyes of different colours, but chances are you’ve heard of some of these famous people we’re going to mention.

‘24’ - one of the most action-packed television shows of all-time - kept our fists clenched and hearts in our mouths thanks to its excellent direction, script and performance from lead Kiefer Sutherland. Prior to 24, Sutherland made his name in the hit movies ‘Stand by Me’, ‘Lost Boys’, ‘Young Guns’ and ‘Flatliners’.

A star both on TV and in movies, Kiefer Sutherland is also known for his sectoral heterochromia. To put it simply, this is where both of his eyes are a unique blend of two different colours – in this instance, a mix of green and blue.

Julia Roberts, during her Golden Globes acceptance speech in 1990 supposedly referred to him as her "beautiful blue eyed, green-eyed friend." 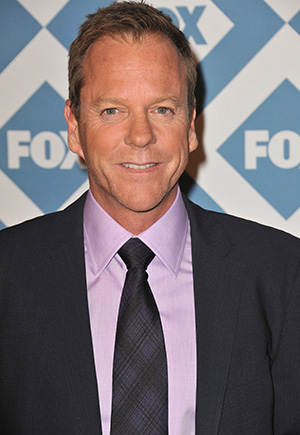 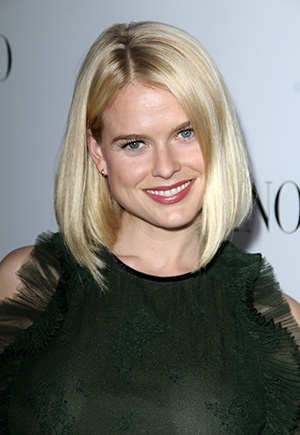 Probably the actress with the most noticeable case of heterochromia on the list. Alice Eve’s eyes have captured the interest of millions of viewers in ‘Men in Black 3’, ‘She’s Out of My League’ and ‘Star Trek Into Darkness.

Her impressive performances aren’t the only thing that catches the eye. With two different coloured eyes; a blue left eye and green right eye, the actress has thrived with a look that’s both engaging and alluring. The mismatch may not be as obvious to some, with Eve once joking that it took one of her boyfriends nine months to notice her different coloured eyes! 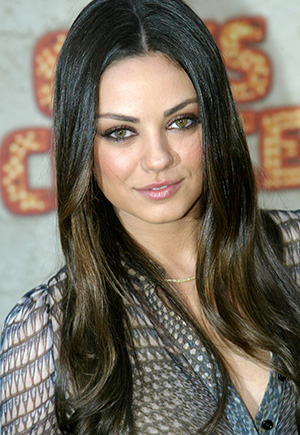 Since breaking out with the role of Jackie Burkhart in ‘That 70s Show’ in 1998, Mila Kunis has gone from strength to strength, establishing herself as a household name. Lead performances in ‘Friends with Benefits’ and ‘Jupiter Ascending’ have followed, as has a Golden Globe-nomination in 2010’s ‘Black Swan’. And perhaps, most people might also recognise Mila as the voice behind the ever-unfortunate Meg in ‘Family Guy’.

Poor Mila has also suffered from blurry vision, cataracts, and even blindness in one eye throughout the years, before a surgery corrected these issues for her. However, one of the cataracts had the effect of changing one of her eye colours, leaving her with two different coloured eyes. The brown and green eyes have become synonymous with her look.

The British-born actress is known for her rise to fame as Bond girl Solitaire in ‘Live and Let Die’, and her Golden Globe winning performances in ‘East of Eden’ and ‘Dr Quinn Medicine Woman’.

The iconic actress has stolen scenes in everything she’s acted in, but is also known for stealing looks with her multi coloured eyes. Her heterochromia iridium is hereditary and has meant she has 2 different coloured eyes. Her one green eye and one brown eye is a feature of her look that has been much-admired over the years. 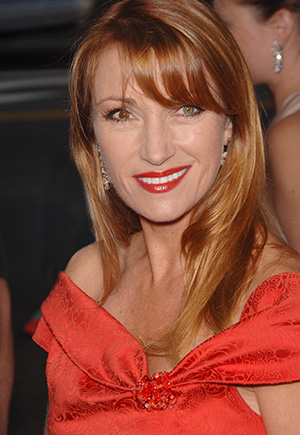 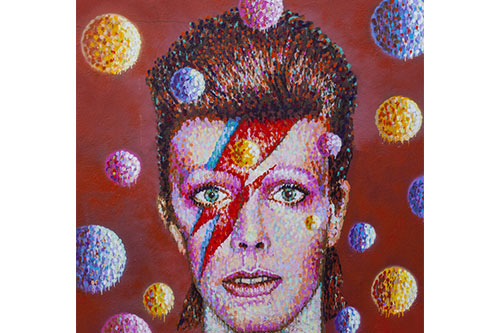 A common misconception is that the late great Ziggy Stardust himself had heterochromia iridium, due to one of his eyes appearing darker than the other. In fact, the unique eyes that became a key component of David Bowie’s iconic look were the result of a jealous fight with a friend over a girl they both liked. A clumsy punch to the eye resulted in the paralysis of the muscle that contracts the iris. To put it short, his pupil, which was fully dilated at the time, was unable to change size. This meant that whenever his other eye had a contracted pupil, the difference in colour created an intriguing effect. Named anisocoria, this condition came to be seen as a blessing by Bowie himself, who admitted that the odd feature added “a kind of mystique” that became synonymous with his iconic appearance.

There you have it, our top picks of our famous people with different coloured eyes. And we even managed to sneak in a little lesson on David Bowie’s eyes in there too, for good measure.

Why are eyes different colours?

Melanin determines your eye colour and can cause your eyes to be different colours if the amount of melanin in each eye varies. Nevertheless, it is not known what the exact cause is for this variation.

Two different colour eyes can also be caused by injury or certain diseases. This is referred to as acquired heterochromia.

Is it rare to have different coloured eyes?